Michael Barrington is the author of three books including Becoming Anya (2021). He is currently completing a spy novel The Ethiopian Affair. He has also written numerous short stories, articles and book reviews and is a regular contributor to ‘Alive’ Magazine/ East Bay. Michael lives in Concord with his wife Annie Jacquemet.

Lara Bazelon is a professor at the University of San Francisco School of Law. She writes frequently about crime, justice, work, and family for various media outlets including The Atlantic Magazine, The New York Times, The Washington Post and others. Lara is the author of three books, most recently, Ambitious Like A Mother.

Cara Black is the New York Times bestselling author of 20 books in the Private Investigator Aimée Leduc series, which is set in Paris. Her latest, Murder at the Porte de Versailles, comes out in March 2022. The Aimée Leduc series has been translated into many languages. Cara and her husband, Jun, live in the Bay Area.

Jasmin Darznik is the New York Times bestselling author of The Bohemians as well as several other books. Her works have been published in seventeen countries and her essays have appeared in the New York Times and Washington Post, among others. Darznik is a professor of English and creative writing at California College of the Arts.

Nina G is a stand-up comedian, disability advocate and author of Stutterer Interrupted: The Comedian Who Almost Didn’t Happen, a very funny collection of stories that offers refreshing insight into the relationship between the world and those who stutter. Her latest book is Bay Area Stand Up Comedy: A Humorous History. She is a Bay Area native spanning five generations and resides in Oakland.

C. W. Gortner is an internationally bestselling author of eleven historical novels. His most recent novel, The First Actress, is about the tumultuous rise to fame of the 19th century French theater actress, Sarah Bernhardt. His next novel The American Adventuress about Jennie Jerome, the New York heiress who became the mother of Winston Churchill, is due out in November 2022.

Rebecca Handler’s stories have been published and awarded in several anthologies. Edie Richter is Not Alone, her debut novel, received a Kirkus Starred Review, and was longlisted for the Center for Fiction First Novel Prize. She was recently awarded a MacDowell fellowship. Rebecca lives and works in San Francisco.

Reece Hirsch is the author of six thrillers that draw upon his background as a privacy attorney. Dark Tomorrow features FBI Special Agent Lisa Tanchik, who investigates cybercrime. Hirsch is a partner in the San Francisco office of an international law firm and co-chair of its privacy and cybersecurity practice. He lives in Walnut Creek with his wife.

Vanessa Hua is the author of several novels including the forthcoming Forbidden City. As a journalist, she has filed stories from China, Burma, Panama, etc., and her work has appeared in publications including the New York Times, San Francisco Chronicle, and the Washington Post. The daughter of Chinese immigrants, she lives in the San Francisco Bay Area with her family.

Yang Huang grew up in China and has lived in the United States since 1990. Her novel, My Good Son, won the University of New Orleans Publishing Lab Prize. She has written several other prizewinning novels and her writing has appeared in Poets & Writers, Literary Hub, The Millions, among others. She lives in the Bay Area with her family.

Josie Iselin newest book, The Curious World of Seaweed, features sixteen visually rich narratives of our iconic West Coast seaweeds and kelps. Josie’s mission is to produce enticing, well-researched and well-designed books that combine art and science, leaving readers with a heightened appreciation of the world around them.

Dr. Lucinda Jackson authored Project Escape: Lessons for an Unscripted Life, a memoir about the challenging transition from career to retirement. As a scientist and corporate executive, Jackson spent almost fifty years in academia and Fortune 500 companies. She has published extensively and is the founder of LJ Ventures. Jackson and her husband live near San Francisco.

Matt Johanson writes about the outdoors for numerous California newspapers and magazines and he has won awards from the International Center for Journalists, California News Publishers Association, among others. His book, California Summits, is one of several that he has authored. He lives in Castro Valley with his wife Karen.

Dean Karnazes has run 50 marathons, in all 50 US states, in 50 consecutive days, foregoing sleep for three nights, enduring 120-degree temperatures in the Sahara and negative 40 degrees in the South Pole. A Runner’s High chronicles the ultramarathoner’s reflection on his age and his life choices. TIME magazine named him one of the “100 Most Influential People in the world.”

Nancy Jooyoun Kim is the New York Times bestselling author of The Last Story of Mina Lee. Her writing has appeared in the Los Angeles Review of Books, Guernica, NPR/PRI’s Selected Shorts, and elsewhere. Born and raised in Los Angeles, she now lives in the San Francisco Bay Area.

Lee Kravetz is the author of the novel, The Last Confessions of Sylvia P., as well as acclaimed nonfiction. He has also written for print and television, including The New York Times, New York Magazine, Psychology Today and PBS, among others.  He lives in the San Francisco Bay Area with his wife and two children.

Katherine Seligman is the author of the prizewinning At the Edge of the Haight. She has been a reporter at USA Today, the San Francisco Examiner and a staff writer at the San Francisco Chronicle Sunday Magazine and her work has been featured in Life, Redbook and elsewhere. She lives in San Francisco.

Gabrielle Selz  authored the first comprehensive biography of the revered American painter, Sam Francis, Light on Fire: The Art and Life of Sam Francis. Her essays and art reviews have appeared in many publications including The New Yorker, The New York Times, and the Literary Hub. She makes her home in Oakland, California. 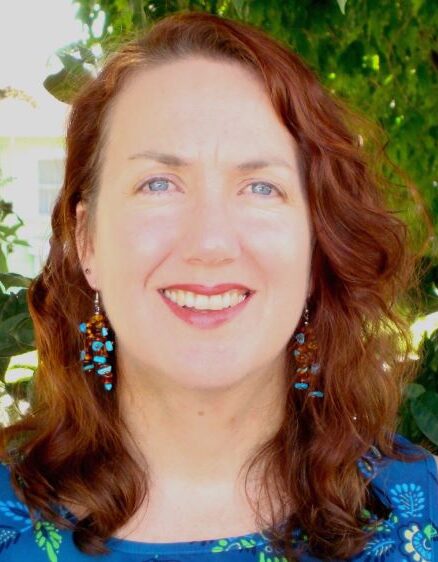 Author Celia Stahr‘s love for storytelling led to her dream job teaching at University of San Francisco. A conference paper she authored gave birth to Frida in America: The Creative Awakening of a Great Artist. She lives in the San Francisco Bay Area.

Ruthe Stein is the founder and co-director of the Mostly British Film Festival held in San Francisco since 2009. She is the author of Sitting Down with the Stars: Interviews with 100 Hollywood Legends, has covered movies for the San Francisco Chronicle for 50 years, and teaches film at the Fromm Institute at the University of San Francisco.

Helene Wecker is the author of The Hidden Palace, the continuation to her bestseller first novel, The Golem and the Jinni. Her work has appeared in literary journals such as Joyland and Catamaran. She currently lives in the San Francisco Bay Area with her husband and children.

Larissa Zimberoff’s new book, “Technically Food: Inside Silicon Valley’s Mission to Change What We Eat,” covers the rapidly changing nature of what we eat. Her work has appeared in the New York Times, Wall Street Journal and others. She lives in the San Francisco Bay Area.