One City, One Book: Hemingway & His Women 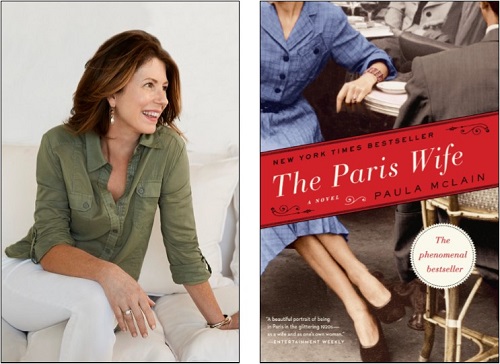 Local book critic Lynn Carey present her recorded Skype interview with Paula McLain, New York Times best-selling author Paula McLain will discuss her two novels about Ernest Hemingway’s wives, The Paris Wife and Love and Ruin. This free program is part of the celebration for Hemingway’s A Moveable Feast, which is Walnut Creek’s 2018 One City, One Book. REGISTER for Waiting List>

In The Paris Wife, McLain brings to life Hadley Richardson, whose devotion provided a solid foundation for Hemingway’s emerging writing career in 1920s Paris before the union dissolved. In Love and Ruin, writing and reporting from war zones brings together, and then drives apart, Hemingway and his third wife, Martha Gellhorn, who was one of the first female war correspondents.

McLain was born in Fresno in 1965. After being abandoned by both parents, she and her two sisters became wards of the California Court System, moving in and out of various foster homes for the next 14 years. When she aged out of the system, she supported herself by working as a nurse’s aid in a convalescent hospital, a pizza delivery girl, an auto-plant worker, and a cocktail waitress before discovering she could (and very much wanted to) write. She received her MFA in poetry from the University of Michigan. McLain is also the author of two collections of poetry; a memoir, Like Family, Growing up in Other People’s Houses; and a first novel, A Ticket to Ride. She lives in Cleveland with her family.

This is the 13th year that the Walnut Creek Library Foundation has produced One City, One Book, which provides opportunities for community members to come together through the experience of reading to discuss a work of literature that’s accessible to adults and teens and touches on themes of common interest. 2018 One City, One Book is sponsored by a generous grant from Wells Fargo and supported by the East Bay Times and Minuteman Press Lafayette. This year’s program is in partnership with the Friends of the Walnut Creek Library and the Contra Costa County Library.